Two Wurzweiler faculty were recently featured in a front page story in the New York Times. Times reporter Javier Hernandez interviewed Rabbi Linzer about his Jewish Social Philosophy class to see how this experienced professor helped his class deal with the complex emotions they were experiencing regarding Bernard Madoff.

Federal prosecutors have charged Mr. Madoff with orchestrating a 50 billion dollar fraud that numbered, among its victims, various Jewish institutions, synagogues and schools, including Yeshiva University.

...The students in Rabbi Linzer's class last week wrestled with the headlines and their emotions. Some said Mr. Madoff's religious affiliation was irrelevant; others worried that his Judaism might tarnish their own, that outside eyes would not be able to see past his faith. 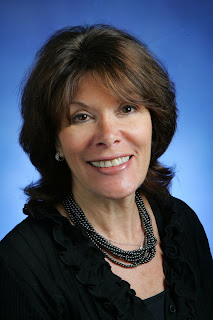 Professor Lynn Levy was also interviewed by Hernandez. She described how she had her class...

...dissect the Madoff case through the lens of trust last week. Questions flew through the room: If we cannot trust business, why trust government? Will people be more skeptical of the Jewish community? How do we rebuild confidence in us?

Posted by The CyberProf at 9:59 AM No comments:

The Jewish Communal Certificate Program recently hosted Amelia Klein, Field Director at Reboot for a Lunch and Learn. Reboot, a six year old avant-garde Jewish organization, is committed to revitalizing Jewish traditions and culture and providing an outlet for unaffiliated yet identified young Jews.
Amelia spoke informally to a mixed group of certificate and non-certificate students about the inception of Reboot in 2002 with a summit, or “open space” for Jews of all backgrounds to come together and discuss what is out there for Generation Y Jews.
Reboot now boasts several divisions including a published magazine, Guilt & Pleasure, a record label, Reboot Stereophonic, which releases revitalized Jewish music, and holds “Do It Yourself” parlors throughout the country which are open arenas that invite all Jews to discuss, debate, and celebrate all things that are Jewish.
Reboot has also been a part of several data collection studies including, “Grande Soy Vanilla Latte with Cinnamon, No Foam…” Jewish Identity and Community in a Time of Unlimited Choices. This study, among others, proves Reboot’s mission to a tee. Young Jews throughout the nation are not looking to affiliate in the ways of our grandparents, or even our parents. Generation Yers seek a no strings attached attitude that will allow them to express their Jewishness in ways that are comfortable – through music, art, and social gatherings, which is precisely what Reboot provides. Reboot receives funding from the Charles and Andrea Bronfman Foundation along with several private foundations.

Amelia described Reboot as a “catalyst for catalysts” in that it allows prominent members of various artist communities to network among each other and return to their own hubs with new ideas to inspire and connect.
The session was intriguing and further reinforced the ideas that certificate students have been learning in both first and second year classes; that the nature of the Jewish community is changing and it is our job as new, Jewish communal professionals to keep up with these changes and develop new creative strategies to connect young Jews to Jewish life.
(Thanks to Chana Topek, our guest editor)
Posted by The CyberProf at 12:28 PM No comments:

WSSW Students Blog About Their Experience in New Orleans 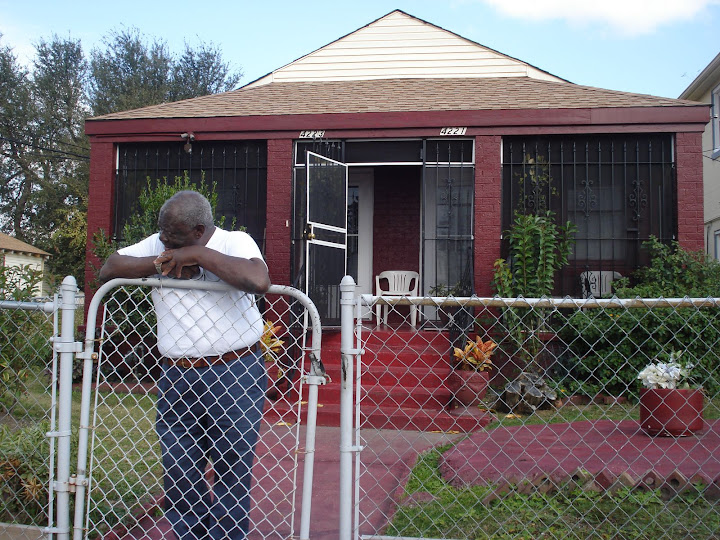 In the beginning of December, Professor Saul Andron took the students in the Jewish Communal Service program on a field trip to New Orleans, to speak with members of the Jewish Community about their ongoing efforts to recover from Hurricane Katrina. The trip made a deep impression on them all, as is apparent in the following account by Ira Gubenko, a JCS student.

Working for the Jewish community in Ukraine, I have participated in many trainings and seminars. However, I have never experienced such a touching, educational and well-organized one. During the seminar we met different people: the president of Jewish Federation and his wife, executive director of Jewish Family Service, various Jewish citizens of New-Orleans, and many others. Although all these people were different, they were strongly connected by the catastrophe that had happened in New Orleans and they all had a story to share. Conversing and listening to them was an amazing experience for me since I come from a country where sharing of emotions is considered to be almost shameful.

Posted by The CyberProf at 3:58 PM No comments: